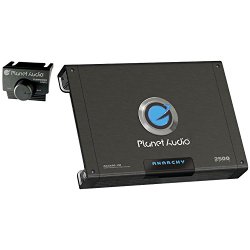 View larger Class A/B Topology A class A/B amplifier uses two groups of transistors and it is generally considered to be the best compromise of the two classes put together. A pure class ‘A’ amplifier typically has an enormous amount of current flowing through its output transistors with no audio signal. A pure class ‘B’ amplifier has no current flowing through its outputs with no audio signal. This eliminates virtually all of the crossover distortion that’s possible with class ‘B’ amplifiers. A class A/B amplifier is much more efficient than a class ‘A’ but without the possible distortion of a class ‘B’. MOSFET PWM (Pulse Width Modulated) Power Supply Metal–Oxide–Semiconductor Field-Effect Transistor is a transistor used for amplifying or switching electronic signals. We use it in computers, telephones, game consoles, cars, electrical appliances, and in this case, our amplifiers. They are found in systems where information is processed or stored. A MOSFET is basically an electrical switch that allows the flow of electrical current. An electrical switch has two possible states, ON or OFF. The MOSFET performs its most important role in our D Class amplifiers by allowing or preventing the flow of power and creating an efficient amplifier. The “Pulse Width Modulated” is a design that is significantly simplifies power supplies. It controls the output voltage and current precisely by not only removing the output current sensing loss, but also eliminating all secondary feedback circuitry. The PWM is lighter and smaller, and can reduce total cost, as well as increase efficiency, productivity, and system reliability. General Features Thermal and Speaker Short ProtectionTwo Ohm Stable Stereo OperationSoft Turn-On CircuitRemote Turn On / Turn Off CircuitVariable Input Gain ControlIlluminated Anarchy Logo Black Anodized Heatsink Low And High Level InputsView larger Low And High Level Inputs There are two different ways that you can get a signal into the AC2500.1M - low and high level input. A low level input is measured in voltages. It comes in the form of RCA outputs from the back of your receiver and goes to the RCA inputs on your amplifier. A high level input is measured in wattages. It comes in the form one positive and one negative wire from the back of your receiver and goes to the input terminal of your amplifier in the same wire form. Low-level (RCA) input wiring is preferred for best audio performance. Always use a high-quality RCA cable for best audio performance. Note: Do not connect both the high level and low level inputs from your receiver to your amplifier at the same time. Adjustable Input SensitivityView larger Adjustable Input Sensitivity Properly setting the gain on your AC2500.1M is key to getting great sound out of it. The gain control is not for adjusting volume. It simply adjusts the amount of signal that is coming from your receiver and going to your amplifier. If you set it too high, you are introducing distortion into the sound. But if you set it too low, then you are choking back on what it is there to do in the first place. Here is a technique that works on most amplifiers. First, turn the amplifier’s gain all the way down. Then go up front and put on some music. Now crank the stereos volume until you hear distortion, then back it off until the distortion goes away. Go to your amplifier and turn the gain up until the distortion comes back. Then once again, back off until the distortion goes away, and you are done. Variable Low-Pass CrossoverView larger Variable Low-Pass Crossover Subwoofers reproduce sound based on a number of different low-range frequencies. This process is called the crossover effect and occurs because the vast majority of audio systems cannot cover the entire spectrum sufficiently to minimize sound distortion and maintain an appropriate frequency ratio. In the case of our AC2500.1M amplifier, a variable crossover is offered so that you, the listener, can have the ability to set the frequency at which the crossover occurs, thereby setting specific sound specifications for the bass frequency reproduction. Chrome Plated RCA Low Level and High Level InputsView larger Chrome Plated RCA Low Level And High Level Inputs Variable Bass BoostView larger Variable Bass Boost With Variable Bass Boost you have control of exactly how much bass you want to pump out to your subwoofer(s). LED Power and Protection IndicatorsView larger LED Power and Protection Indicators