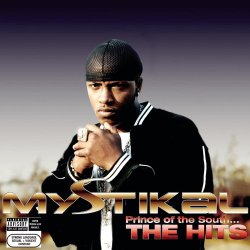 New Orleans' native son Mystikal's blend of gruff, lightning-fast lyrics & melodic, hook-laden vocals long ago crossed him over from rap legend to mainstream superstar. Mystikal is a rare commodity in music; though his fan-base continues to grow, he still maintains the street cred he enjoyed early in his career. In fact, with two gold, two platinum, & two double platinum releases under his belt, Mystikal's star keeps on rising. This summer, Jive is pleased to present Mystikal's sixth release, a collection of the smash hits that put him on the rap map. The collection features two brand new tracks including Mystikal's newest single, "Oochie Pop," which impacted radio in mid-April & is currently exploding! It also features Mystikal's 2001 Grammy-nominated track "Shake Ya Ass" (with Pharrell Williams) & "Danger" with Jive labelmate Nivea from Let's Get Ready, hit tracks from Tarantula such as "Bouncin' Back (Bumpin' Me Against The Wall)," & earlier tracks like "That's The Rapper" (Ghetto Fabulous) & "Here I Go" (Mind Of Mystikal). This collection is guaranteed to delight Mystikal's fans around the globe.