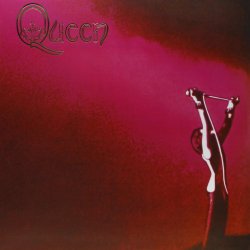 Heavy, arty, glam - the debut album from Queen burst from the womb in 1973 and established them with their first two hits Keep Yourself Alive and Liar . This edition reproduces the rare U.S. original vinyl release, including the gold leaf logo. A platinum smash in its original and CD releases, now restored to glorious analog 180 gram jet-black vinyl lp Yes it's Phase II of Queen on Vinyl Collector's Edition re-issue program - every Queen studio album is to be released on vinyl lps over the next two years. The original albums are being re-issued correct in every detail to the original releases, including inner sleeves, packaging and bonuses.