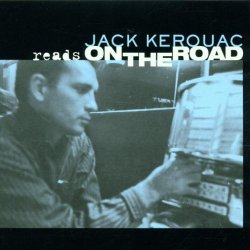 This collection scrapes the bottom of the Jack Kerouac barrel, unearthing Kerouac documents both worthy of public scrutiny and ones that are not. The title to this CD is a tad misleading, as it begins with a late-1950s session of Kerouac singing, to jazz accompaniment, a song written for him by Sammy Kahn. There are several jump jazz tunes with Kerouac's scat-flavored vocalizings; they will be of interest solely to fans. Hipster music is added to several works, by avant-funk keyboardist John Medeski and the jazz musician David Amram, who'd collaborated with Kerouac on Robert Frank's magnificent beat-era film Pull My Daisy. The meat of the collection is the 28-plus-minute previously unreleased reading of On the Road, a section that depicts the novel's two central protagonists in the jazz haunts of San Francisco. Kerouac's enthused (if affected) and likable jive-bop poesy really comes alive on this cleaned-up acetate recording; thankfully there is no '90s hipster music added to it. The other work of interest is a fragmentary song called "On the Road," which appears in a pseudo-original state (with Medeski organ added) and in a bluesy, ballsy interpretation by Tom Waits backed by Ralph Carney and Primus. --Mike McGonigal

Do you want ot get the Reads on the Road?