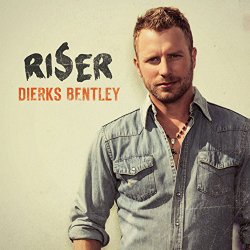 2014 release, the seventh album from the Country superstar. Riser is a Country project grounded in lyrical substance with a new sonic power that spotlights Bentley's distinctive gravelly voice, one of the most original and recognizable in the genre. To assemble the album, Bentley enlisted producer Ross Copperman and executive producer Arturo Buenahora, Jr. Together, the trio mixed the immediacy of old-school live recording techniques with the experimental nature of new technologies. Buenahora matched Bentley with the right co-writers and songs. The result is Riser: an album with a heightened depth, an increased vulnerability and a greater sense of purpose in every word.

Do you want ot get the Riser?