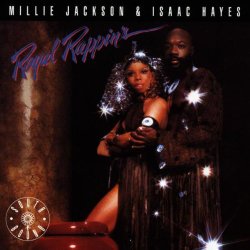 In which the King and Queen of pre-'80s rappin' bring their heavyweight soul talents to bear on one classic album together. Raunchy Millie and Big Ike tell it like it is on songs such as Sweet Music, Soft Lights And You, Feels Like The First Time, Love Changes, If I Had My Way, If You Had Your Way and 4 other great, great tracks. Both artists made other fine duet recordings - Ike with Dionne Warwick on the Hot Buttered Soul/ABC album A Man And A Woman and Millie with Elton John on the 1985 single Act Of War (which charted in the UK at No 32) - but Southbound's Royal Rappin's captures two performers whose individual musical philosophy represent two sides of the same coin. The result is a marriage made on the sensual side of heaven.