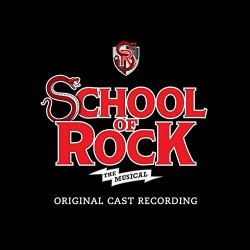 Warner Bros. Records will release the Original Cast Recording forSchool of Rock-The Musicalon December 4th. It features songs from the immensely popular 2003 filmSchool of Rock. Three-time Grammy Award-winnerRob Cavallo, who has worked with Green Day, My Chemical Romance, Paramore, Goo Goo Dolls, Phil Collins, and Gary Clark Jr., produced the album along with Lloyd Webber. The album features the songs in the stage production, as well as three songs from the film. All original songs are written by Lloyd Webber and Slater.