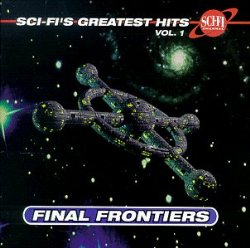 This first installment of Sci-Fi's Greatest Hits opens, appropriately, with two famous pieces, "2001: A Space Odyssey" (a.k.a. the prelude to Strauss's Also sprach Zarathustra) and "Star Wars" (a.k.a. John Williams's variation on Holst's The Planets), and further mines film and TV history for interstellar anthems. Much of this stuff is predictable; different selections from films like The Black Hole and Blade Runner would have been more interesting. Yet there are diamonds in the rough, including the eerily disjointed theme to Planet of the Apes, the psychedelic electronic swirl of Dr. Who, and the squealing strings of Alien (before such a concept became cinema cliché). This is a decent dedication to those brave souls exploring the furthest reaches of space. --Bryan Reesman