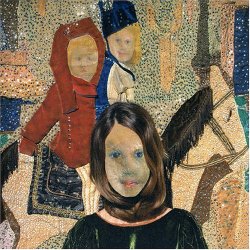 Argentinean singer Molina was introduced to the American public with the release of her second album, "Segundo". A mixture of acoustic guitars, traditional percussion touches, electronic textures, and her disarming vocals make it one of the most evocative and original albums in recent memory. NPR's "All Things Considered" praised her, as did Entertainment Weekly when it named "Segundo" "Best World Music Album of 2003". "Sounds like Stereolab's Laetitia Sadier covering Nick Drake, whispering luminous folk tunes amid electronic thickets while acoustic guitars and pianos flicker like votive candles" ¿ Entertainment Weekly. 2004's follow-up, "Tres Cosas" was equally revered, as Jon Pareles of the NY Times named it a top ten record of the year, and it won even more fans as diverse as Savath & Savalas, David Byrne, Belle And Sebastian, and Sam Prekop. This is her first new material in over two years and is the first of her albums to be released simultaneously around the world, which should heighten the album's impact.

Do you want ot get the Son?

The Infinite Heart
Le Voyage Dans La Lune
How I Got Over
King Night
Glory Defined:The Best Of Building 429
The Idiot [Vinyl]