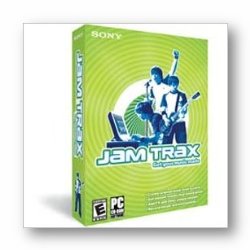 1 Trax software makes it easy to create your own pop, rock, and hip-hop songs. Includes over 600 professionally recorded sounds in nine categories such as drums, keyboards, horns, guitar, bass, and sound effects. These “loops” can be assembled in any combination on an unlimited number of tracks. Jam Trax software automatically matches the pitch and tempo of each loop to the current project, making song creation almost mistake-proof. Record vocals into the software via microphone and your computer's sound card. Supports export to popular formats for easy sharing with friends and family. Microphone not included. Includes 12 demo songs. Ages 10-14.

Do you want ot get the Sony Jam Trax?