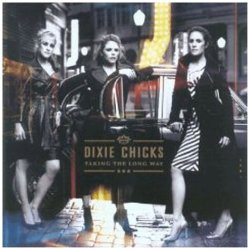 With Taking the Long Way, the Dixie Chicks are putting themselves out there like never before. For the first time, every song on the album is co-written by the Chicks themselves, exploring themes both deeply private and resoundingly political. Taking the Long Way covers an impressive range of territory and includes the defiant and autobiographical first single "Not Ready to Make Nice" as well as the tracks "Silent House," "It's So Hard When it Doesn't Come Easy," and the album version of the gospel-inflected "I Hope," featuring a blistering guitar solo by John Mayer.