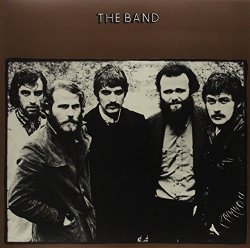 Remastered limited edition reissue LP from 2012 on 180-gram vinyl. "Music from Big Pink" caught the attention of the rock critics, but it was 1969's self-titled album that broke out huge with the public. With their rootsy southern folk approach to rock, The Band grew to be far larger than simply Bob Dylan's backing band. Band songwriter Robbie Robertson nailed big hits with "Up on Cripple Creek," "Rag Mama Rag" and "The Night They Drove Old Dixie Down." By 1970, the album had worked its way all the way up to #9 on the Billboard 200 chart! This 2008 reissue on 180-gram vinyl is a killer LP without any of the compression of CDs and MP3s.