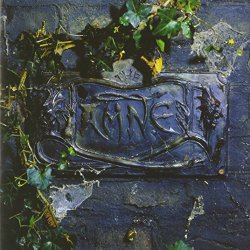 (2-CD set) This album gets a long overdue upgrade, featuring added singles released in 1980 plus their flip sides. The lavish booklet features comprehensive notes with details about the recordings never before revealed and many previously unseen shots of the band from the studio and from the Rockfield sessions. Also included is the original mix of the extended version of White Rabbit, which has never been heard, and the single B-Sides Seagulls, I Believe The Impossible and Sugar and Spite appear on CD for the first time. Synthesist Hans Zimmer produced and played on History Of The World Part 1 before going on to a career in original soundtracks from 'Gladiator' to 'Batman' to 'Pirates of the Caribbean'.

The Boatlift
Sam Mangwana Sings Dino Vangu
Old Hag You Have Killed Me
Synchro System/Aura
Crashes to Light, Minutes to Its Fall
Queen of the Damned