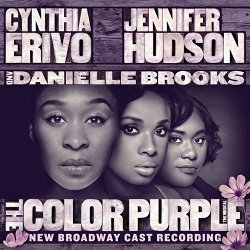 Do you want ot get the The Color Purple (New Broadway Cast Recording)?