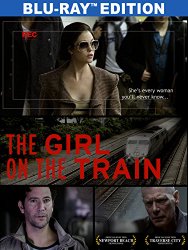 Documentary filmmaker Danny Hart, (Henry Ian Cusick, "Lost") hops on a train at Grand Central Terminal, heading to upstate New York to interview the subjects of his latest film. But a chance encounter with a mysterious young woman leads him on an adventure of a very different sort, and suddenly Hart is forced to leave his satisfying life behind for a world in which the line between fantasy and reality is blurred. As Hart tells his strange story to police detective Lloyd Martin, (Stephen Lang, "Avatar") he finds himself being questioned as Martin tries to discover whether Hart is the victim or the suspect.