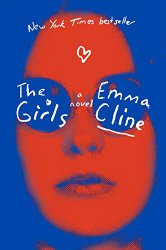 NEW YORK TIMES BESTSELLER • An indelible portrait of girls, the women they become, and that moment in life when everything can go horribly wrong—this stunning first novel is perfect for readers of Jeffrey Eugenides’s The Virgin Suicides and Jennifer Egan’s A Visit from the Goon Squad. Northern California, during the violent end of the 1960s. At the start of summer, a lonely and thoughtful teenager, Evie Boyd, sees a group of girls in the park, and is immediately caught by their freedom, their careless dress, their dangerous aura of abandon. Soon, Evie is in thrall to Suzanne, a mesmerizing older girl, and is drawn into the circle of a soon-to-be infamous cult and the man who is its charismatic leader. Hidden in the hills, their sprawling ranch is eerie and run down, but to Evie, it is exotic, thrilling, charged—a place where she feels desperate to be accepted. As she spends more time away from her mother and the rhythms of her daily life, and as her obsession with Suzanne intensifies, Evie does not realize she is coming closer and closer to unthinkable violence. Emma Cline’s remarkable debut novel is gorgeously written and spellbinding, with razor-sharp precision and startling psychological insight. The Girls is a brilliant work of fiction.Praise for The Girls“Spellbinding . . . A seductive and arresting coming-of-age story hinged on Charles Manson, told in sentences at times so finely wrought they could almost be worn as jewelry . . . [Emma] Cline gorgeously maps the topography of one loneliness-ravaged adolescent heart. She gives us the fictional truth of a girl chasing danger beyond her comprehension, in a Summer of Longing and Loss.”—The New York Times Book Review“[The Girls reimagines] the American novel . . . Like Mary Gaitskill’s Veronica or Lorrie Moore’s Who Will Run the Frog Hospital?, The Girls captures a defining friendship in its full humanity with a touch of rock-memoir, tell-it-like-it-really-was attitude.”—Vogue“Debut novels like this are rare, indeed. . . . The most remarkable quality of this novel is Cline’s ability to articulate the anxieties of adolescence in language that’s gorgeously poetic without mangling the authenticity of a teenager’s consciousness. The adult’s melancholy reflection and the girl’s swelling impetuousness are flawlessly braided together. . . . For a story that traffics in the lurid notoriety of the Manson murders, The Girls is an extraordinary act of restraint. With the maturity of a writer twice her age, Cline has written a wise novel that’s never showy: a quiet, seething confession of yearning and terror.”—The Washington Post“Emma Cline has an unparalleled eye for the intricacies of girlhood, turning the stuff of myth into something altogether more intimate. She reminds us that behind so many of our culture’s fables exists a girl: unseen, unheard, angry. This book will break your heart and blow your mind.”—Lena Dunham “Emma Cline’s first novel positively hums with fresh, startling, luminous prose. The Girls announces the arrival of a thrilling new voice in American fiction.”—Jennifer Egan “I don’t know which is more amazing, Emma Cline’s understanding of human beings or her mastery of language.”—Mark Haddon, New York Times bestselling author of The Curious Incident of the Dog in the Night-Time

Wilderness First Aid: A Waterproof Pocket Guide to Common Sense Self Care (Pathfinder Outdoor Sur...
Psychotropic Drug Handbook
Small Giants: Companies That Choose to Be Great Instead of Big
Estate and Trust Administration For Dummies
Adventures in Minecraft
The Path Between the Seas: The Creation of the Panama Canal, 1870-1914