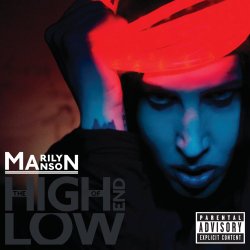 EXPLICIT. 2009 release, the seventh studio album from one of the biggest Rock superstars on the planet. The album as a whole is a triumph, with Manson also exploring his more introspective side. The album marks the highly anticipated reunion with longtime friend and foil Twiggy Ramirez, together for the first time in nearly a decade. Produced by Manson, Vrenna and Twiggy, The High End of Low was recorded in his Hollywood Hills studio. Manson says of the new album, "I think my life definitely ended and began. The record sounds very final, but it's almost optimistic - though that feels like a strange word to use. It's a phoenix from the fire and a redemption resurrection."