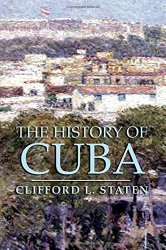 Cuba is much more than cigars, classic automobiles, and Castro. This remarkable nation has had a long history of relations with larger political powers that were drawn to the island because of its valuable resources and strategic location. Ties between Cuba and the United States have been strong since the mid-nineteenth century, and the theme of U.S. dominance over the island and its people is a primary historical perspective. Cuba's history is told in eight chronological chapters, from its earliest days as a Spanish colony, through its wars for independence and the U.S. occupation in the twentieth century to Batista, the Cold War, and the so-called "Special Period," when Cuba faced the crisis of the downfall of the Soviet Union. With special emphasis on the twentieth century, the Castro era, and U.S.-Cuba relations, this is the most accessible and current history of Cuba available.