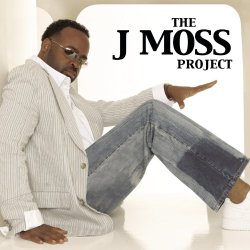 As a third of one of urban contemporary's hottest production companies, the three-man team known as PAJAM, J Moss has been the co-writer and/or producer behind some of the biggest artists in both Gospel and mainstream music for the better part of the last decade, including Karen Clark-Sheard, Hezekiah Walker, N'Sync, Vanessa Williams, Trin-i-tee 5:7, Dru Hill and Boyz II Men. But unknown to many, J Moss, the "man behind the mixing board," is an equally gifted singer and performer, who for most of his life has prayerfully and carefully sought and waited for his time to step from behind-the scenes to the forefront. With the arrival of his new self-titled CD, that moment has clearly come, and one listen makes it abundantly clear it was well worth the wait.

Do you want ot get the The J Moss Project?