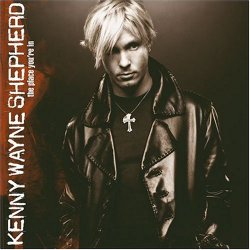 The Place You're In, Kenny Wayne Shepherd's long-awaited fourth album, marks a stunning stylistic shift for an artist who almost single-handedly introduced blues-rock to a new audience. One of the most acclaimed guitarists of his generation not only leans more heavily toward rock, but also releases his first album featuring his vocals. Says Shepherd, whose first three albums went gold or platinum & who has earned seven Top 10 Mainstream Rock cuts & three Grammy. nominations: "We're all growing & changing....We might as well get behind it & enjoy the ride." & enjoy The Place You're In.