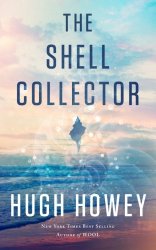 The oceans are dying. The sea is growing warmer and is gradually rising. Seashells have become so rare that collecting them is now a national obsession. Flawless specimens sell like priceless works of art. Families hunt the tideline in the dark of night with flashlights. Crowds gather on beaches at the lowest of tides, hoping to get lucky. Supreme among these collectors is Ness Wilde, CEO of Ocean Oil. Ness owns many of the best beaches, and he keeps them to himself. It's his fault the world turned out this way. And I aim to destroy him. My name is Maya Walsh. You might be familiar with my shelling column in the Times. I was working on a series of pieces about Mr. Wilde, when out of the blue, he called. He says he wants to talk. But I don't think he's going to like what I have to say.

Business Communication Today (13th Edition)
Health Care Information Systems: A Practical Approach for Health Care Management
On Sondheim: An Opinionated Guide
The Only EKG Book You’ll Ever Need (Thaler, Only EKG Book You’ll Ever Need)
Petit Point: A Candid Portrait on the Aberrations of Science
The Wisdom of Menopause (Revised Edition): Creating Physical and Emotional Health During the Change