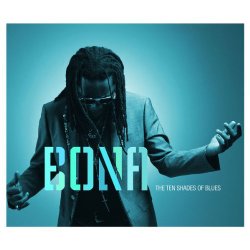 Richard Bona's 2009 album Ten Shades Of Blues appears ten years since his first project, Scenes From My Life (released in 1999). In the case of the Cameroonian bassist and singer, it's not so easy to condense a decade into just a few short lines because the man is such a multiple character, with many lives impelled by his permanent curiosity and desire to play. And each of these traits lies at the heart of his latest recording, an album devoted to the Blues and its key notes that can be recognized in all cultures. So here we have an album open to all kinds of encounters, a record on which Richard Bona is our guide taking us on a tour with his Indian, Country and Jazz musicians to the four corners of the earth! Universal.