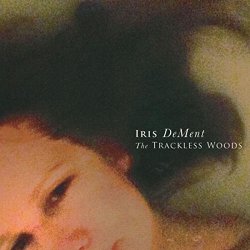 Considered ''one of the great voices in contemporary popular music'' (NPR), Iris DeMent has returned with an album unlike any other in her illustrious career. Featuring original music and melodies by Iris, 'The Trackless Woods' (August 7) sets 18 poems by acclaimed 20thcentury Russian poet Anna Akhmatova to life. Hailed as one of Russia's finest poets, Akhmatova survived the Bolshevik Revolution, both World Wars and Stalin. She lost family, friends and fellow writers to political killings and labor in the gulags. When Iris randomly stumbled upon Akhmatova's work in a book of poetry a friend sent as a gift, she was immediately taken by the sorrow and burden of the poems, juxtaposed with Akhmatova's lightness and transcendence in the face of inhumanity. ''Anna's gift of song is so strong, about alI I had to do was get really quiet and listen,'' says Iris. After reading that first poem the melodies began pouring out of her, and before she even fully understood what was driving her, Iris was gathering musicians and friends, including co-producer Richard Bennett (Emmylou Harris, Neil Diamond, Steve Earle), to record 'The Trackless Woods' in her living room over a five-day period.The result is a breathtaking pairing of piano and voice in Iris' sui generis style with timeless melodies that are deeply rooted in the American South. The project also fulfilled a long yearned-for desire to connect with her adopted daughter's culture and history. Iris and her husband adopted their daughter from Siberia in 2005, and she says ''I'd never have made this record were it not for her.''