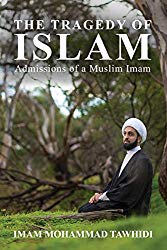 Imam Mohammad Tawhidi is a third-generation Iranian-born Australian Muslim Imam and a publicly ordained Islamic authority who comes from a prominent Islamic lineage. His ancestors were the companions of Prophet Mohammad and played a significant role in the early Islamic conquests.Imam Tawhidi ended his relationship with the Iranian regime and continued his studies in the Holy Cities in Iraq. In 2014, ISIS conquered large parts of Iraq's territory and murdered members of Tawhidi's family. In 2015, Imam Tawhidi began to gradually call for reform within Muslim societies. His views have been broadcast on international media and have been met with both criticism and praise.In this book, Tawhidi takes you on a unique journey detailing the highlights of his life that prompted his transition from an extremist into a reformist. He then emphasizes the theological, jurisprudential and historical difficulties of Islamic thought and Islamic governance, including insights that have never been published before.Celebrated as the Imam of Peace, Tawhidi's international activism against Islamic extremism has earned him a nomination for the 2019 Australian of the Year Awards.

Music for Sight Singing (9th Edition)
Thank You For Arguing, Revised and Updated Edition
The Next 100 Years: A Forecast for the 21st Century
The Official Patient’s Sourcebook on Vasectomy: A Revised and Updated Directory for the Int...
Light, Gesture, and Color (Voices That Matter)
Why Don’t Cats Like to Swim?: An Imponderables Book (Imponderables Series)