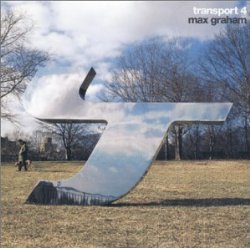 Hailing from a small, small town just outside of Vancouver, Canada, Max Graham isn't someone you would expect to find associated with the latest Transport (formerly "Tranceport") disc. After all, the first in this esteemed series was done by trance superstar Paul Oakenfold, and the other two by already rising stars Dave Ralph and Sandra Collins. However, after breaking into Oakenfold's center of influence with his slick and effective production work, featured to maximum effect on Oakenfold's Perfecto Presents Another World, Graham has been thrown a very big bone. He doesn't waste it; Transport 4 comes close to being a masterwork. It's trance without the progressive tag, served up straight, bold, and unadorned with neither Ibiza glowstick-wavers nor the sinister (though still-brilliant) edge that artists like John Digweed have increasingly brought to the genre. The first disc, a studio mix, is a carefully planned slice of euphoria, with high points such as Blackwatch's mix of Greed Feat Lesley's "Strange World," "Sudden Journey" from Mad Dogs, and Graham's own "Tell You." Centering around a slippery, quick little piece of hyperactive keyboard melody and a dreamy vocal, "Tell You" is an impossible-to-resist, bravura piece of production work. The second disc is performed in the studio live and further illuminates Graham's heretofore unheralded DJ skills. One example? Mixing Timo Maas's amazing "No Trance" into Ayumi Hamasaki's "Vogue" cleverly keeps the same skittery vibe alive while allowing for a quick and necessary pause. Or what about his ultrasmooth blend of Hybrid and Underworld toward disc's end, which sets up "Kittens" for the maximum impact that track should always, but rarely does, have? It's not flashy, it's just smart, and it delivers the goods like you wouldn't believe. And that pretty much sums it up. --Matthew Cooke

Golden Age of Country (10CD Box Set)
Best of the Black President (Dig)
We’re All In This Together
Jenkins: The Armed Man – A Mass for Peace
In Session [Vinyl]
Guardians of the Galaxy: Awesome Mix Vol.1