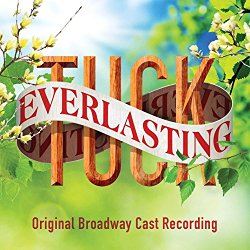 RAPTUROUS! TUCK STARTLES WITH ITS EMOTIONAL RESONANCE AND THEATRICAL FORCE!– The New York TimesSMART, MAGICAL AND WONDERFULLY CRAFTED -LONG MAY IT LIVE!– The Associated PressHelmed by Tony winner Casey Nicholaw and featuring a score by Nathan Tyson and Chris Miller, Tuck Everlasting began performances on March 31, 2016 and officially open on April 26, 2016 at the Broadhurst Theatre. The story follows a young girl and her friendship with Jesse Tuck and his family, who become immortal after drinking from a magical spring. Based on the 1975 children’s novel by Natalie Babbitt, the story has twice been adapted for the screen.