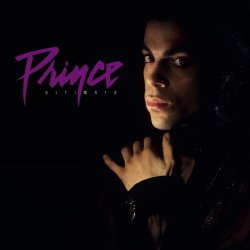 The artist who will forever be known as Prince-and could fittingly be known as "The Artist"-is one of the most brilliant, versatile and influential musical forces of his, or any, time. Prince took R&B and regally marched it into genre-blurring horizons previously unknown, fusing rock, funk, soul, psychedelia, pop, and singer-songwriter aesthetics into a sound that was mind-bending and booty-shaking. Sensual, literate, explosive, and groundbreaking, his artistry never stopped evolving and the hits and acclaim never stopped coming. His adventurous reinventions, bold experimentation, stellar instrumental and composing skills and genius for showmanship have placed him high in the pantheon of all-time superstars. "Unique" doesn't begin to describe his royal powers, showcased herein on the first-ever two-disc compilation of his masterful Warner Bros. years. Rhino. 2006.

Do you want ot get the Ultimate Prince?