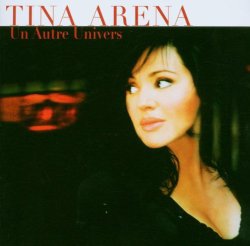 2005 studio release (in French) from the Australian singer is as stunning as it is eclectic. With a cool blend of acoustic guitars, eastern strings and driving rhythms, it's probably Tina's most ambitious work to date not only as a French language record but as a contemporary, progressive album mostly co-written by Tina herself. Despite the variety of styles that make up the 13 track offering, the album is greater than the sum of it's parts and is held together beautifully by it's greatest asset - Tina's voice.

Do you want ot get the Un Autre Univers?