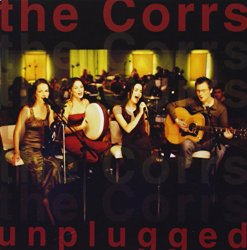 Acoustic versions of the hit Irish sibling pop quartet's best, plus covers of R.E.M.'s 'Everybody Hurts', Jimi Hendrix's 'Little Wing' and Jimmy McCarty's 'No Frontiers', all recorded for MTV Unplugged & to be broadcast at the end of November, 1999. Produced by Mitchell Froom (Crowded House, Paul McCartney, Elvis Costello), mixed by Bob Clearmountain (Bruce Springsteen, Bryan Adams, David Bowie) and with string arrangements by Fiachra Trench (Van Morrison). 14 tracks total, also including versions of 'What Can I Do', 'So Young' and 'Forgiven, Not Forgotten'. 1999 release.

Do you want ot get the Unplugged?