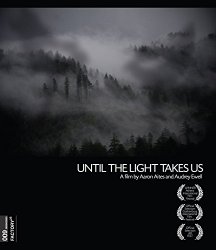 Until The Light Takes Us tells the story of black metal. Part music scene and part cultural uprising, black metal rose to worldwide notoriety in the mid-nineties when a rash of suicides, murders, and church burnings accompanied the explosive artistic growth and output of a music scene that would forever redefine what heavy metal is and what it stands for to other musicians, artists and music fans world-wide. Until The Light Takes Us goes behind the highly sensationalized media reports of Satanists running amok in Europe to examine the complex and largely misunderstood principles and beliefs that led to this rebellion against both Christianity and modern culture. To capture this on film, directors Aaron Aites and Audrey Ewell moved to Norway and lived with the musicians for several years, building relationships that allowed them to create a surprisingly intimate portrait of this violent, but ultimately misunderstood, movement. The result is a poignant, moving story that's as much about the idea that reality is composed of whatever the most people believe, regardless of what's actually true, as it is about a music scene that blazed a path of murder and arson across the northern sky. FEATURING: Gylve Fenriz Nagell, Varg Count Grishnackh Vikernes, Jan Axel Hellhammer Blomberg, Kjetil Frost Haraldstad, Olve Abbath Eikemo, Harald Demonaz Nævdal, Bjarne Melgaard and Harmony Korine Limited Edition 2 Disc DVD set & Blu-Ray Extras: 36 minute Black Metal short film of deleted scenes, Alternate ending, Outtakes, The Cutting Room with musicians not in the film including: Enslaved, Ted Nocturno Cutlo Skjellum from Darkthrone, and Jørn Necrobutcher from Mayhem, plus more with Ulver, Immortal, Jan Axel Hellhammer Blomberg, Gylve Fenriz Nagell and Kjetil Frost Haraldstad, 46 more minutes of Varg Vikernes and a 45 minute class on the history of black metal with Fenriz