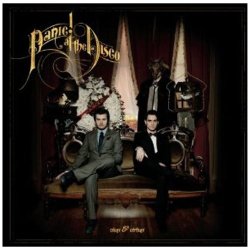 Panic! At The Disco, the platinum-selling and Grammy-nominated group from Las Vegas, NV, is back and in better shape than ever with their hugely anticipated third studio album, Vices & Virtues. Two members lighter, the group is looking to stave off rumors of their disbanding by showing the world they are very much in the picture, and ready to take the world on once again. Based on the energy and response from their sold-out album preview show in New York, it seems Panic! is going to do just that.Vices & Virtues pushes the classic Panic! sound to new heights, capturing the glory of A Fever You Can't Sweat Out all the while securing their spot with a new generation of fans.