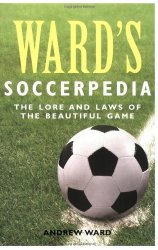 In this entertaining and authorative book, Andrew Ward explores the laws of football through anecdotes, incidents, and precedents. He uses hundreds of examples to show the extraordinary range of events that can happen in a game. Read about the player who lost a finger while celebrating a goal, the referee who dismissed himself, the player who ate a referee's notebook, the penalty awarded with two balls on the pitch, and the player who was sent off after two seconds. Ward focuses on the eleven-a-side contest rather than off-the-field distractions such as celebrities and transfer dealings. What happens on the pitch? How has each legal clause come into existence? What issues have occupied the lawmakers over 150 years? Here is a book that will settle arguments and open up debate. Find out why the penalty-area arc was added to the pitch markings in 1937, why a new injury procedure was introduced in 1997, and discover key points affecting issues such as technology, the two-referee system, and ex-players as referees. Arranged in an accessible A to Z format, this entertaining and authoritative book offers all football followers the chance to study the laws in detail. It is often said that football is a simple game but in fact its legal system is exceedingly sophisticated. This complex set of rules has spread successfully to all parts of the world, and it is arguably the most pervasive and frequently used legal system on the planet. At times it is one of the most misunderstood.