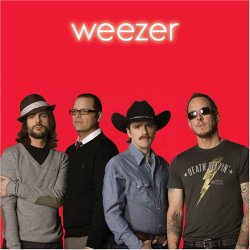 2008 album from the Alternative rockers. Weezer, one of the biggest and most influential bands of the last decade will, for the third time in its six-album history, release a self-titled album already being referred to by people as The Red Album. Comprised of sessions produced by Rick Rubin, Jacknife Lee and the band itself, the album is adventurous and undeniably Weezer. The first single, the quirky and catchy 'Pork and Beans', was recorded under the watch of the Irishman Lee and already a Modern Rock smash hit. 10 tracks.