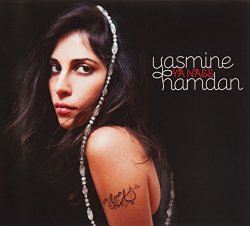 Debut solo album by Yasmine Hamdan, written and produced in collaboration with Marc Collin (Nouvelle Vague). Yasmine is considered as an underground icon throughout the Arab world ever since Soap kills, the emblematic duo she founded in Beyrouth, which must have been the first Indie/Electronic band to appear in the Middle East, and whose music had become the soundtrack to the vibrant, young arts scene which developed in postwar Lebanon. After moving to Paris, Yasmine recorded the Arabology album with musician/producer Mirwais (of Madonna fame), under the Y.A.S. moniker, and also collaborated with Coco Rosie for a while.

Do you want ot get the Ya Nass?

Lady Day: The Best of Billie Holiday
The Very Best of The Drifters
The Definitive Collection
Wrapped in Red
The Burning Edge of Dawn
Run