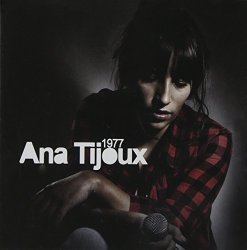 Ana Tijoux is regarded as one of Latin America's leading female MCs. She has been nominated by the MTV Latin America VMAs for "Best New Artist" and "Best Urban Artist." Tijoux has been featured on tracks by Bajofondo, Control Machete and DJ Bitman. But it was a Julieta Venegas collaboration which helped expose her to the mainstream. With '1977,' Tijoux proves her abilities as a true rapera through sophisticated lyrics, a hypnotic jazzy voice and dynamic beats. The new album paints a picture of her childhood in France and pays homage to early 90s hip-hop that influenced her as a teen in Chile.