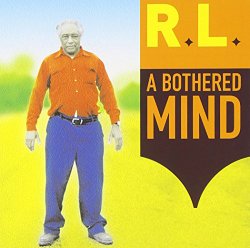 Grammy nominated R.L. Burnside is one of the most important bluesman in American history. His live performances, whether stripped-down acoustic or with a band, are legendary. After several classic blues records & scanning over 300,000 units, R.L. has firmly established himself as an intense force within the blues world. But R.L. Burnside is not just a great bluesman. Over the past few years he has been expanding his audience with critically acclaimed & ground breaking remix records. His previous remix record, Come On In, revamped the genre with loops & remixes & exposed R.L. Burnside a new, alternative blues audience. R.L.'s last remixes garnered heavy exposure on the hit show, The Sopranos, & also on MTV's Real World & many cop shows, not to mention a Nissan commercial. Selling out has never been easy. R.L.'s expansion into the alternative world continues with his latest remix effort, A Bothered Mind. It features some stunning collaborations with the likes of Kid Rock & Lyrics Born. Intense performances & R.L.'s trademark vocals & guitar picking are at the forefront of this gripping & moving record.