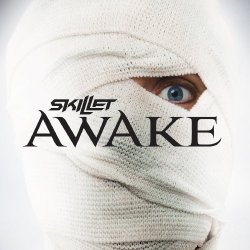 Limited deluxe edition contains two bonus tracks ('Dead Inside' and 'Would It Matter') as well as Fanbase enhancement and fan club insert. 2009 release, Skillet's eighth studio album, Awake, recorded with Grammy-nominated producer Howard Benson. The foursome's overwhelmingly satisfied with the entire sonic and thematic palette throughout Awake, which is loaded with plenty of anthems in the making destined to be smash singles and concert sing-a-longs. Skillet's massive fan base (who affectionately refer to themselves as "Panheads") are sure to agree, though they'll likely be even more impressed with the lyrical outpouring, which remains a top priority for the players. The album contains 12 tracks, including 'Monster' which were added to their live set during their Comatose Tour, and the single 'Hero'.