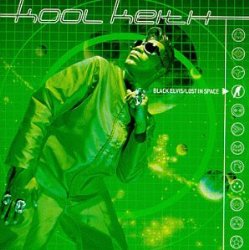 Kool Keith, aka Black Elvis, Dr. Octagon, Poppa Large, Dr. Dooom, and about a dozen personae, got his start with the Bronx-based Ultramagnetic MC's in the mid-1980s. Although revered, their recordings made little commercial impact and the group disbanded. Since then Keith has enigmatically swung from project to project, maintaining a deliberately inscrutable cloak of aliases and alter egos. The result is a catalog that is high in concept, broad in scope, and completely, utterly wacky: it's hip-hop as Darius James writes novels and Terry Gilliam makes films. Only a few other artists--Definition of Sound and Divine Styler most notably--have ever come close to achieving similar results. Judging from the results of this recording, one of Keith's more straight-ahead, more rappers should try. On Lost, Keith's rhymes are unpredictable, obscure, and hilarious. On "Static," he somehow rhymes Benjamins with basketball star Scottie Pippen, (ex-NFL quarterback Mark) Rypien, and 1960s boxing champ Sonny Liston; elsewhere he namechecks 1970s journeymen basketballers Darnell Hillman and Slick Watts. He's critical of hip-hop pretension on many tracks, most notably "I Need a Release Date." Although the recording features a solid, contemporary bounce, Keith is completely old school--it's his whimsical words and unique delivery that matter most. --Martin Johnson

Do you want ot get the Black Elvis / Lost in Space?