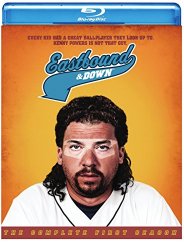 Former Major League pitcher Kenny Powers (Danny McBride) used to have it all: fame, endorsements and a lucrative contract. Now, after hard living took its toll on his fastball, Kenny has found himself crashing with his brother’s family and teaching gym class at a North Carolina middle school he once attended. Wherever he goes, Kenny wreaks havoc with his boorish behavior and even makes a pre-emptive romantic strike on his former high school squeeze, now a teacher engaged to the school principal. Out of baseball, and discarded by the game he abused so well, can Kenny succeed in his plot to triumphantly return to the big leagues?