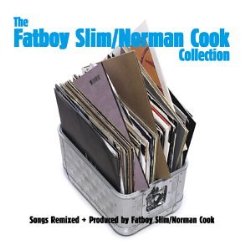 Norman Cook's Fatboy Slim alter ego has become a big-beat legend (if legendary status can be bestowed on such a young genre) and thus a separate entity from Cook's earlier career incarnations. This collection demonstrates, however, that while evolving profoundly from more acoustic pursuits like the Housemartins and the reggae-flavored, early house music of Beats International, Cook has maintained a long musical memory. After 15 years spent producing an impressive roster of other people's records along with his own, the extraordinary diversity and inventiveness he displays on a set of turntables is the inevitable result of sharp, tasteful ears. Reimagining a classic King Tubby reggae melody for "Tribute to King Tubby," Cook acknowledges the de facto inventor of dub music, even while stamping it with his own thoroughly modern dub-beat approach. Likewise, Cook digs around in the space-age pop of early electronic artist Jean Jacques Perrey's "E.V.A.," unlocking that song's cheesy-smooth melodies with sample-laden aplomb. Too often, Cook's Fatboy persona (and big beat in general) is derided for a supposedly brainless approach to dance music, but that criticism misses the point. What's amazing is how he manages, with such an unwieldy assortment of influences, to mix with the ear of an interpreter, rather than a revisionist, while still making it listenable enough to warrant the accusation of brainlessness in the first place. --Matthew Cooke