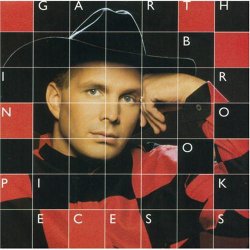 One artist...one decade...one hundred million albums sold! Garth Brooks remains the biggest Country artist of all-time. He harnessed the Country and Pop influences of has past and created a new kind of Country that appealed to different generations of fans and crossed over into the Pop market like no other artist before him. Garth Brooks changed the rules based on his talent alone. He became a worldwide superstar while remaining true to his humble roots, which added to his appeal. This is his 1993 album and features 'Standing Outside The Fire', American Honky-Tonk Bar Association' and 'The Cowboy Song'. Pearl.