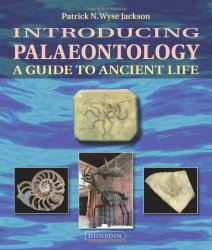 Life on Earth can be traced back over 3,000 million years. Many examples of the Earth's past inhabitants are to be found in rocks, preserved as beautiful and fascinating fossils. The earliest life forms were bacteria and algae, which produced the oxygen that enabled more complex life forms to develop. About 600 million years ago, multi-cellular organisms appeared on Earth, some of which could protect themselves with hard parts, such as shells. Many of these life forms were readily fossilized and are used to subdivide geological time. Numerous species then evolved and most are now extinct. Lineages can be traced and extinctions explained as a consequence of terrestrial and extra-terrestrial events. Lavishly illustrated with photographs and explanatory diagrams, Introducing Palaeontology provides a concise and accessible introduction to the science of palaeontology. The book is divided into two parts. The first section explains what a fossil is, how fossils came to be preserved, how they are classified, and what information they can tell scientists about the rocks in which they are found. The second section introduces the major fossil groups, taking a systematic view from algae and plants, through the numerous examples of invertebrate animals, to the vertebrates, and finally to man's ancestors. Technical terms are kept to a minimum and a glossary is provided. [Subject: Palaeontolgy, Natural History]

The Hidden Life of Trees: What They Feel, How They Communicate—Discoveries from a Secret World
The Sea Wolves: A History of the Vikings
Complete Cartoons of the New Yorker
The case of the Scotch Presbyterians, of the city of New-York.
Batman: Earth One Vol. 2
The Chimp and the River: How AIDS Emerged from an African Forest