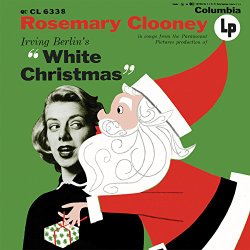 There never was a proper soundtrack album released of Michael Curtiz s classic 1954 musical featuring Irving Berlin s immortal score because Bing Crosby was under contract with Decca and Rosemary Clooney was under contract with Columbia. Decca didn t want to promote a Columbia artist on their release so they brought in Peggy Lee for their version of the soundtrack album, and Columbia, in turn released this record. But we got around all of the labels maneuvering on this first time ever standalone reissue of the Columbia version by adding a previously unreleased bonus duet between Rosie and Bing on Silver Bells pulled from The Bing Crosby for General Electric radio show! Not to mention six other Yuletide-flavored bonus tracks taken from Rosie s appearances on various CBS radio shows, all but one never before released, and all beautifully remastered by Maria Triana at Battery Studios in New York. Liner notes are by Clooney expert Tom Pickles, and we ve added some great photos. Another Real Gone Christmas miracle!

Do you want ot get the Irving Berlin’s White Christmas (Expanded Edition)?