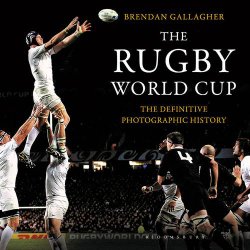 A visual history of rugby's greatest sporting event, this beautiful photographic book is a fascinating chronological exploration of the matches, teams, heroes, and surrounding stories of the tournament.Each chapter covers a Rugby World Cup, starting with the inaugural competition in 1987--in which New Zealand confirmed their status as the world's top rugby nation--and continuing through the historical 1995 Rugby World Cup in South Africa after the end of apartheid and the international sports boycott, England's fantastic win in 2003 which broke the southern hemisphere's dominance, and the 2015 qualifiers. The book will also look ahead to Rugby World Cup 2015, with Japan as host country. Each photo has been carefully selected to give a real glimpse into this great tournament. The ideal collectible gift for any rugby fan, written by a rugby expert.

Do you want ot get the The Rugby World Cup: The Definitive Photographic History?

The Family Guide to Aging Parents: Answers to Your Legal, Financial, and Healthcare Questions
Veterinary Technician’s Daily Reference Guide: Canine and Feline
Musicophilia: Tales of Music and the Brain, Revised and Expanded Edition
The You and Me Book: A Love Journal
The Berenstain Bears Thanksgiving Blessings (Berenstain Bears/Living Lights)
Angels and Ages: Lincoln, Darwin, and the Birth of the Modern Age