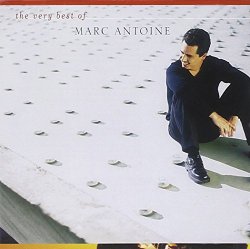 Recorded between 1994 & 2001. Includes liner notes by Jonathan Widran. Though his simplistic arrangements and often-repeated themes mark him as an artist more likely to be heard in an elevator than a jukebox, Marc Antoine is among the best of the mood music merchants active during the '90s and 2000s. A soft-toned player of the Spanish guitar, Antoine has a gift for intricate yet non-complex playing as well as strong melodies, and his compositions occasionally reveal a surprising depth (if only he'd delegate the drum-programming duties to someone beside himself). This 12-track collection, The Very Best of Marc Antoine, spans five of his LPs for GRP, beginning with "Latin Quarter," (far and away his best performance). None of the rest rise above the level of Muzak, though the addition of live drummer Lil' John Roberts for "On the Strip" makes a big difference, and Antoine summons a bit of magic for the title track of Cruisin'.

Hoodoo Man Blues [Vinyl]
Left of the Dial: Dispatches from the ’80s Underground
Jazz Icons: Dave Brubeck Live in ’64 & ’66
Born To Die [LP]
Misty Mountains: Songs Inspired by The Hobbit and Lord of the Rings
Decemberunderground