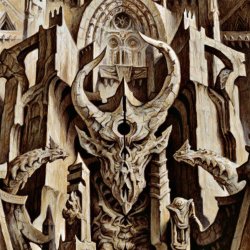 2010 release from the Christian Metal band. The World Is A Thorn was produced by the band's longtime collaborator Aaron Sprinkle (Acceptance, Anberlin, The Almost) and mixed by powerhouse producer Jason Suecof (All That Remains, Trivium, August Burns Red). It's a pairing emblematic of how skillfully Demon Hunter has always blended metallic might with melody. The World is a Thorn follows previous studio albums Storm the Gates of Hell (2007), The Triptych (2005), Summer of Darkness (2004) and Demon Hunter (2002).