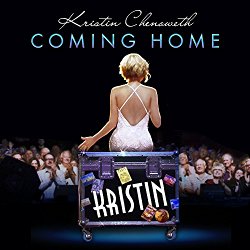 Kristin Chenoweth is recognized across the full spectrum of entertainment as an Emmy and Tony Award-winning actress of stage ("You're A Good Man, Charlie Brown," "Wicked," & the upcoming "On the Twentieth Century"), television ("Pushing Daisies," "Glee," "West Wing") film (Disney's "Descendants," "The Boy Next Door") in addition to her career as an accomplished singer. With the recording of Coming Home, she returns to her Broken Arrow, OK, home to perform songs in the Performing Arts Center housing the aptly-named Kristin Chenoweth Theater. Kristin performs her most memorable songs of Broadway, television, film & American classics.