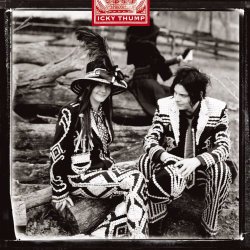 180-gram double vinyl LP. There's so much going on with this record. So much. You'd have thought that once Jack White left Detroit for Nashville, where he married, had a daughter and formed the Raconteurs-and Meg herself moved to L.A.-that it would've meant the end of The Stripes. Or, at least, as we know them. This album allays all those fears. While it hints at the band's roots in folk music, "Icky Thump" is an explosive confluence of everything from garage rock to blues to nouveau flamenco to hard country to surf rock to spoken word to, yes, the bagpipes. Jack plays his career's fastest guitar solo ever recorded. Piano work is heavy. This album, really, is a sonic bombast. The 2 LP double gatefold 180-gram record comes with a gatefold jacket and a custom sticker covering the open ends. The records are housed in poly sleeves, and come with a 4-page insert.

The Best of A.R. Rahman-Music And Magic From The Composer Of Slumdog Millionaire
Goin’ Home
Jazz Icons: John Coltrane Live in ’60, ’61 & ’65
Sol Do Meio Dia
Collide With the Sky
KARAOKE 100 CANCIONES VOL 3 (6CDS)