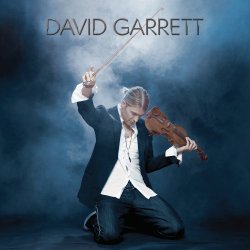 2009 album from the non-conforming Classical artist. Garrett's unique, and wholly individual style, pays as much homage to Metallica as to Mozart. This self-titled release covers an incredibly diverse selection of repertoire, representing his love for many genres, and the ability to tackle each successfully. Michael Jackson's 'Smooth Criminal' is cleverly reinterpreted, as is Queen's ballad, 'Who Wants to Live Forever'. AC/DC's 'Thunderstruck' is given a memorable new twist, alongside, 'He's a Pirate' from Pirates of the Caribbean. Given his enduring commitment to his first musical love, David still includes some classical selections on this album including the last movement of Vivaldi's 'Summer' from The Four Seasons, and Bach's 'Air'. Not to be satisfied with only imaginative covers, David also displays his own deft writing skills with notable originals, including 'Chelsea Girl'.

Do you want ot get the David Garrett?