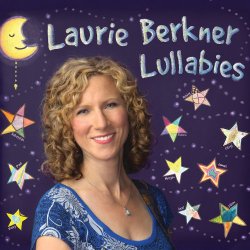 Award-winning children s artist Laurie Berkner has entertained children for over fifteen years, and has sold over 1 million records in the US alone. She s covered many themes through her eight best-selling album releases, and despite being requested many times, Berkner has always stayed away from the lullaby theme, UNTIL NOW. I ve had requests to write a lullaby album for years, says Berkner, but it never felt like the right time, until now. Since my own daughter was born I ve had a chance to sing lullabies to her every night. I rediscovered how special and intimate that time just before bed is, and experienced the strong connection and feeling of safety that songs can create as our children fall asleep, and wanted to share those songs with my fans. For this very special release, Berkner has chosen a mix of traditional lullabies that she remembers from her childhood, a few of her earlier songs that have been re-worked specifically for this album, and brand new original lullabies! Some songs feature only Berkner, and some include the band playing and singing along; but all the tracks are soon to be favorites of both you and your child.